The collection houses 46 different species of Euphorbia, more commonly known as the “spurges”. Many of these plants are usually misidentified as cacti, since they have evolved similar physical characteristics, including “spines” and succulence, to adapt to the harsh conditions of Southern Africa and Madagascar. This is a phenomenon called convergent evolution.

What distinguishes euphorbias from cacti are their thorns. Unlike the cacti, euphorbia thorns are not modified leaves, but modified branches. They also do not arise from areoles, i.e. in clusters, but rather arise individually. 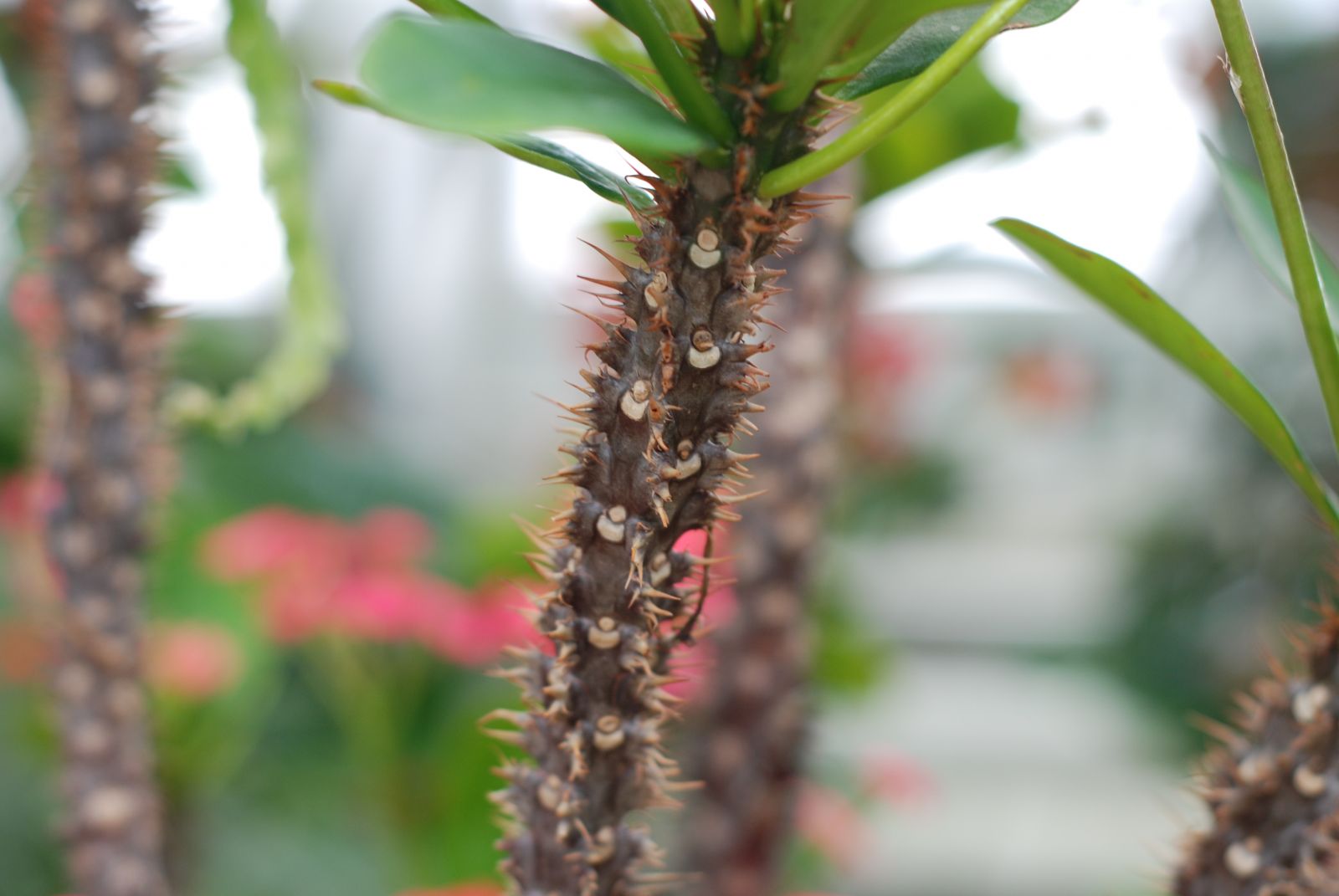 What is often referred to as an euphorbia flower is actually a group of many flowers, often called a flower head. Individual flowers in the head are reduced to their most basic parts needed for reproduction. Each head is covered by a colorful petal-like cyathium, which serves to attract pollinators. 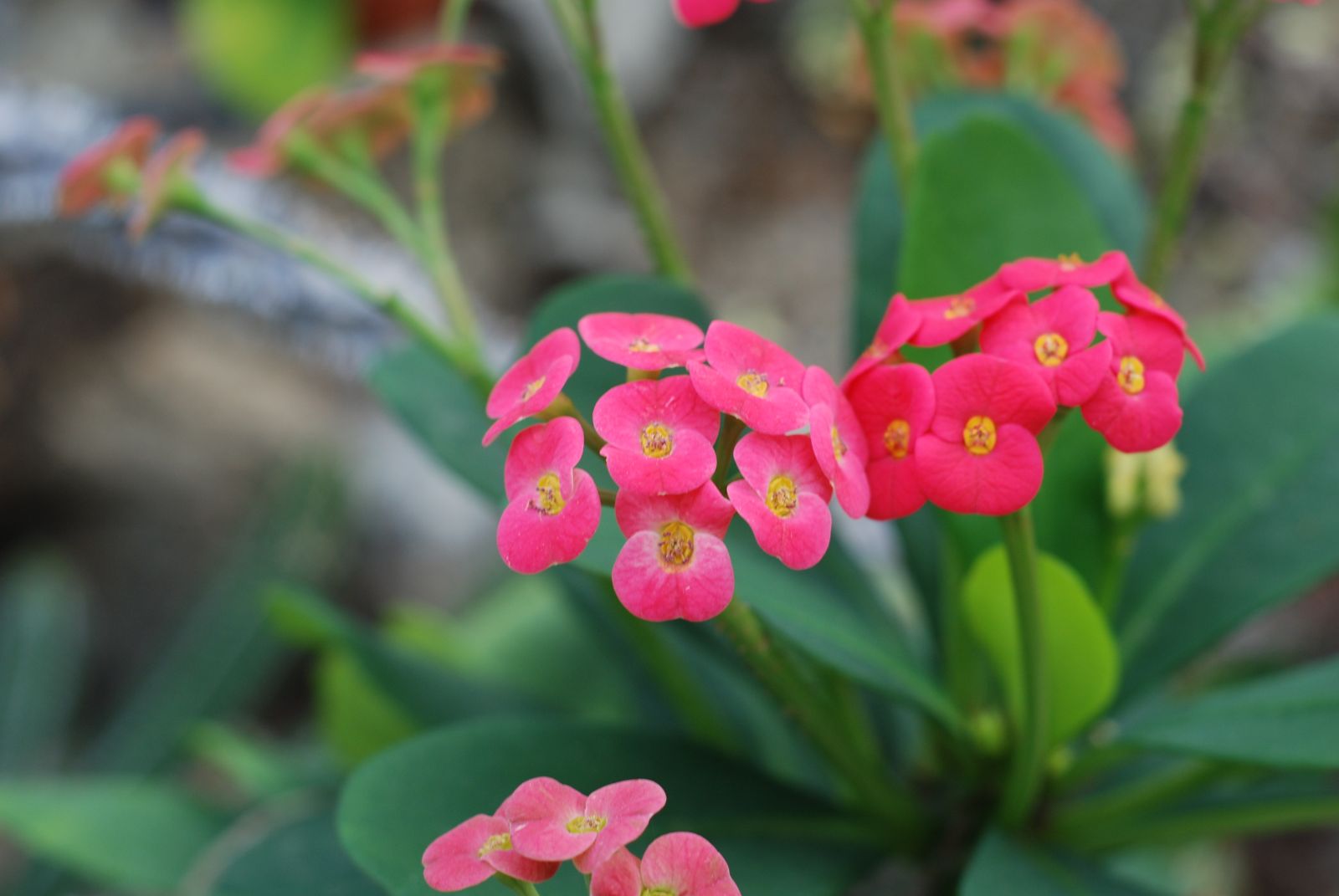